Visit the Most Beautiful Palaces in Seville

The city of Seville has a regal and bountiful history and nothing shows this off more than the many royal palaces of the city. Explore the halls and courtyards and sit where royalty used to reign.

Duchess Of Alba Palace of Seville 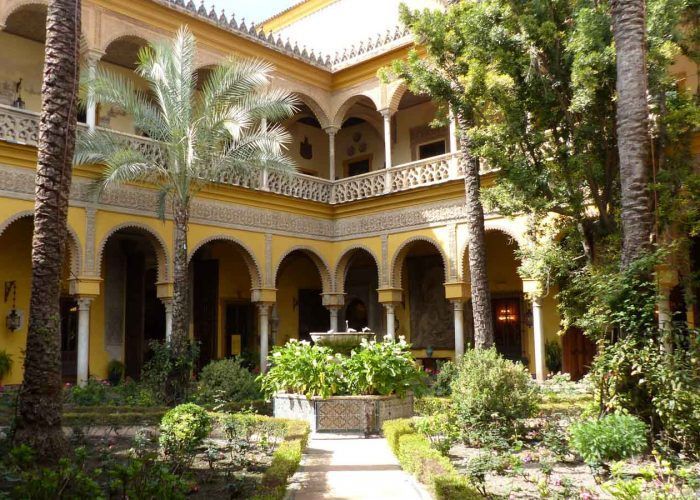 This beautiful palace stands out because of its thousands of colorful flowers covering the facade. Once inside you can walk the halls and visit the collection of over 1400 royal art pieces and artifacts dating from between the 16th and 20th century. 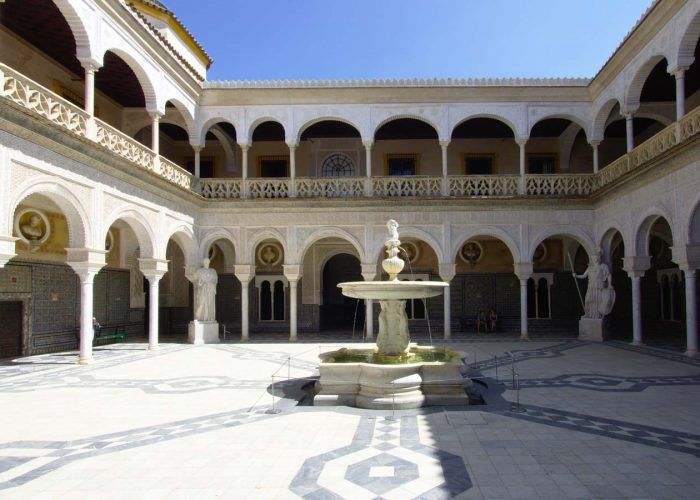 Residence of those who have the honor of being Dukes of Medinaceli and Alcalá, the palace is famously decorated with 15th century tilework, one of the largest in the world. The palace has been associated with Pontius Pilate throughout the centuries due to its former resident, the First Marquis of Tarifa, discovering that the house was the same distance from a temple was the same distance as Pontius Pilate’s house from the location of the crucifiction of Jesus Christ. 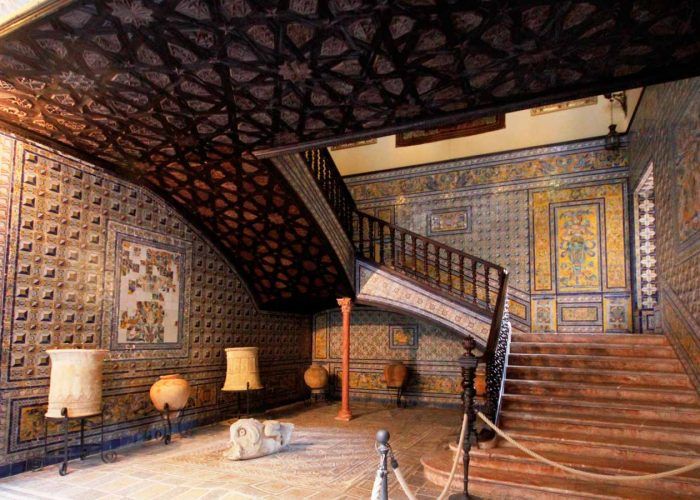 Although humble at first glance, this palace and museum is much more than expected. Specializing in Roman and Asian works and culture, the palace holds many mosaics and antiquities unlike the rest in the city, focusing on different points of Sevilliano culture and history. 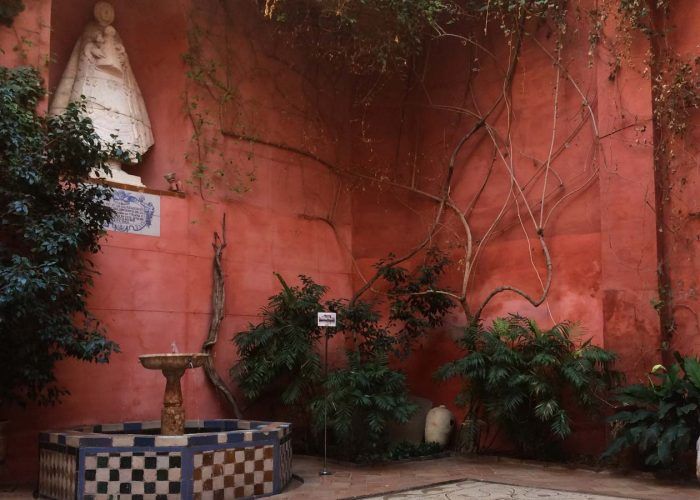 Take an authentic look back to home life in 16th century. as the families still live in the palace to this day. Throughout history the small palace has been a mason’s workshop, school, and living center for the wealthy and their families.

Guided Tours and Experiences in Seville

We use our own and third party cookies. If you continue browsing we consider you accept the use of cookies.
More Info Accept